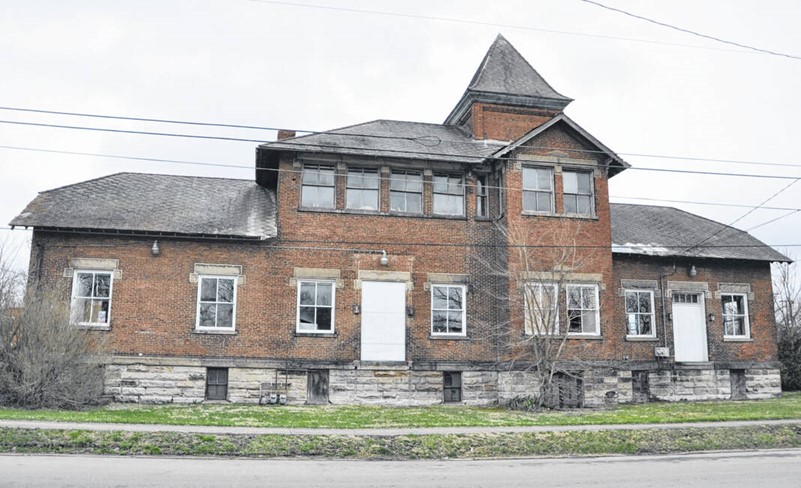 The old train depot at 60 Lake St. in Delaware. Joshua Keeran | The Gazette

After announcing its intentions of revitalizing Delaware’s historic CSX rail depot last May, Columbus-based investment and development firm RiverWest is moving forward with the initial steps of the project.

On March 23, representatives of both RiverWest and architecture firm Schooley Caldwell went before the Delaware Historic Preservation Commission (HPC) with a request for a certificate of appropriateness to rehabilitate the depot’s exterior, as well as for an informal review for various site improvements to possibly come at a later date.

Located at 60 Lake St., the depot dates back to the late 1800s when the Cleveland, Columbus, Cincinnati, and Indianapolis Railway Company constructed the passenger depot that still stands on the site today. With rail service ceasing sometime in the 1960s or early 70s, the building has remained largely vacant with the exception of “sporadic retail tenants,” according to the city.

Most recently, Robinson’s Flower Shop served as the lone tenant in the depot until it, too, vacated the site in 2014. In 2018, the depot was added to Preservation Ohio’s list of most endangered historic sites.

RiverWest purchased the depot from CSX Transportation in 2019 with the intention of redeveloping it into a “community destination” that could include a restaurant and retail space. The firm’s plans for the exterior of the depot are to renovate and rehabilitate the building in accordance with the historical character of the property.

The proposed exterior rehabilitation includes the replacement of the roof, which, according to documents of the proposal, is in poor condition and leaks in certain areas. Schooley Caldwell intends to replace the roof with new asphalt shingles that match the existing shingles in dimension and color.

RiverWest has been granted tax credits from the State Historic Preservation Office for the proposed revitalization efforts. City documents for the proposal noted that because the firm had applied for those tax credits, it ensures that all future renovations will adhere to the Secretary of the Interior’s standards for rehabilitation, on which the city’s architectural standards are based.

Future site improvements such as signage and the potential for a paved outdoor seating area, among other improvements, would need to come back before HPC for additional approval.

You might be interested in reading this item from last year: Historic train station to be revitalized