The 2022 list, announced on Friday, includes 13 locations around the Buckeye State including houses, a neighborhood, a church, a former county courthouse, a former school, a lake, and more.

And for 2022, that list includes a site in Delaware County.

This year, Preservation Ohio received a large number of nominations for this important list, which confirms both that much of our state’s historic properties remain at risk and that interest in preservation is growing across the state of Ohio. Ohio’s Most Endangered Historic Sites is unique in that it highlights historic buildings and sites submitted from local citizens and advocates, each hoping to bring attention and to identify ways to give important historic properties a future. Out of the many properties nominated this year, Preservation Ohio’s board was tasked with choosing the most at risk. Properties representing all areas of Ohio are included in this years edition.

Preservation Ohio accepts nominations from any citizen or organization. Since its inception in 1993, being named to the list has contributed to saving examples of Ohio’s architectural, cultural and natural heritage. Circumstances that contribute to the endangered status and result in sites being named to the list typically include one or more of the following factors: demolition threat, abandonment, neglectful owner, deterioration, obsolete use, lack of funding for repairs, location or development. Many sites around Ohio are still with us because of this list, including the only Frank Lloyd Wright Prairie Style commission in Ohio, the Westcott House in Springfield; the former Masonic Temple, now The Athenaeum in downtown Columbus; the John T. Wilson House in Adams County; and many others.

This year’s list of 13 properties includes the Crist Tavern/Millworkers Boarding House at 2966 Olentangy River Road in Delaware.. In its online announcement (which can be found here), which features wording from the nomination forms for each of the included properties, it shares the following about this listing:

Built as a boarding house for the local mill workers, it then became a tavern also. It has survived many changes but most recently has become a single family dwelling. It is significant as an example of a building type associated with the milling context. Any ornamentation was limited to the door and window surrounds. Like the adjacent millworkers houses and a stone church, it represents a simple yet soundly built structure providing essential living space. We hope the attention drawn to placing the Crist Tavern on the Most Endangered List will generate more interest in the property and that upon seeing the importance of the building to the history of the area, listing will renew interest in its preservation.

1808Delaware will be following this story throughout the year.

Preservation Ohio is Ohio’s oldest statewide historic preservation organization, an independent, non-profit organization recognized under Section 501 (c) (3) of the Internal Revenue Code. Preservation Ohio was established in 1982 to enhance the understanding of and appreciation for Ohio’s historic resources and to serve as a focal point for Ohio organizations, municipalities, corporations and individuals who care about these resources and are concerned about preservation for future generations. For more information and updates, visit our website at www.preserveohio.com or like us on Facebook. 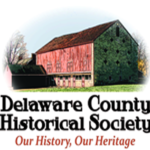 The nomination of Crist Tavern came from The Delaware County Historical Society’s  Historic Preservation Committee, specifically the chair, Marian Vance. In her research, it was determined that the name should be “Crist” or more accurately “Christ” Tavern, named after Jonathan Christ who was its builder.