Alice Dixon Lowry of Powell began a diary Jan. 1, 1936, and assiduously recorded both mundane and significant happenings for the next three years.

Her nephew, Jim Dixon, enjoyed family history and kept her writings after her death in 1944.

Reba Converse neatly assembled the daily diary notes into a notebook and presented them to the Powell Liberty Historical Society during its 30th anniversary celebration last August.

Alice Julia Dixon was born in 1868, the second-oldest of five children born to Phoebe and William O. Dixon. Her siblings were Will, Bert, Jim and Mary. Alice was about 68 years old when she began the diary, which today provides us with insight into her life, people in the community and news of world events. 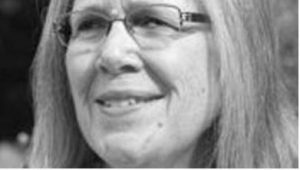 She regularly wrote about the weather; the “coldest morning in years, 23 degrees below zero” occurred in January 1936, she reports. That July, the heat was so oppressive that Alice reported 4,093 deaths. Because she frequently mentioned WBNS and well-known people she heard on the radio, I believe she obtained much of her news that way, as she was busy baking and cleaning her house.

She did a lot of baking: custard and pumpkin pies, ginger bread and other bread and rolls. In mid-July 1938, it was clear the family was busy picking blackberries, as baking and canning were mentioned several days. I don’t believe Alice missed mentioning a single time she spent ironing. She was a good housekeeper, revealed regularly in comments about cleaning closets, washing curtains and doing laundry.

Jim Lowry, Alice’s husband, had a sugar camp on Liberty Road. In one entry, Alice wrote, “Maple selling at $2.25 a gallon along the road.” There were countless notations of people in town coming by their home to purchase syrup, with Alice listing them each by name.

On another occasion, she wrote, “Jim bought bushel of apples at Brown’s Fruit Farm for 75 cents.” Alice often commented about the number of eggs they got daily from their chickens, and once noted they received 16 cents a dozen for eggs they sold in Worthington. She often recorded the cost of groceries or clothing purchased by the family, which included daughters Iris and Blanche.

Alice paid attention to current events. On June 12, 1936, she noted, “Republican Convention at Cleveland over. Landon, Gov. of Kansas, was nominated for the Presidency.” On June 27, she wrote, “Tonight finished the Democrat Convention at Philadelphia nominating Roosevelt for president.”

Other notations she made about famous people or significant events include:

Everyone knew everyone else in this little town, and Alice reported many deaths in her diary. That was helpful to society volunteer Sherry Carmichael. When she read the diary, she noted these dates for townspeople in our surname files, many of which have limited information.

On April 6, 1938, Alice wrote: “21 years ago today U.S. joined in World War to end war but all signs of war again.” It is certain if Alice continued to write, she would have had many observations about World War II.

Carole Wilhelm is a member of the Powell Liberty Historical Society.