By Nicole Fowles – Glad You Asked 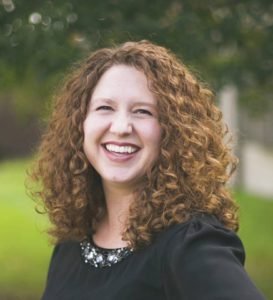 For several years, the Delaware County District Library and several other community groups have cooperated with the Community Library in Sunbury to archive local historical records in a project called “Delaware County Memory.” These records have now been added to the national Digital Public Library of America.

This is a major recognition of the quality of the archiving and cataloging of these records. The Delaware County Memory collection (found at www.delawarecountymemory.org) includes over 300 items, such as local high school and Ohio Wesleyan University yearbooks, family and church histories, souvenir booklets from community anniversary celebrations, Chamber of Commerce directories, and letters from and to local soldiers in World War I and the Civil War.

These local records will now be among a group of nearly 45 million images, texts, videos, and sounds from across the United States as part of the Digital Public Library of America. To find these records, go to https://dp.la, then search “Delaware County Ohio History.” You’ll find the items specific to Delaware County Memory, in addition to others simply relating to Delaware, Ohio.

If you enjoy learning more about local history, you’ll want to mark your calendar for a virtual presentation on Monday, Nov. 8, at 7 p.m. The Powell-Liberty Historical Society will present “Powell and Liberty Township War Veterans” with stories by PLHS volunteers Marilyn Battin, Amanda Henning (also our Powell Branch Library Manager), and Sherry Carmichael.

As we approach Veterans Day, volunteers from the Powell-Liberty Historical Society will highlight the military contributions of many local men and women of the township, from the American Revolution until the Korean War. The program will utilize the PLHS collection of personal photos, diaries, and other memorabilia and will also bring alive what life was like in the community during wartime. The program will be streamed from www.powellhistory.org with streaming access available approximately 15 minutes before the scheduled program start time.

While you’re learning about our local history, stop by a library branch and pick up a new book relating to history and current events. Here are some titles to get you started.