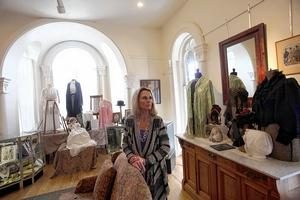 As visitors to the Arts Castle in Delaware walk through the doorway in the coming weeks, they’ll take a step back in time.

Diane Hodges, executive director of the Arts Castle, said the idea for the exhibit sprang from the annual discussion about what educational experience the cultural arts center could offer for third-grade classes. She said center officials settled on an exhibit featuring items from the years around the Arts Castle’s construction in 1854.

Hodges said she wanted to display items that could have been used in the day-to-day lives of the Campbell family — the original owners of the Romanesque Revival-style residence. 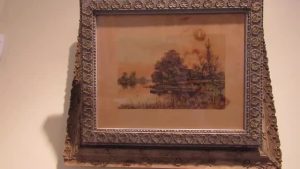 See several of the items on loan from various historical societies and private collectors.

“We were wondering what it would be like … what artwork would have been on the walls, what they might have been wearing,” she said.

By the time the exhibit closes, hundreds of third-graders from throughout the county will have walked through the structure’s halls. Students from the Big Walnut Local School District, the Delaware City School District and Village Academy in Powell are among the exhibit’s initial visitors.

“The kids come and tour the exhibit and then they sit briefly and get a basic history of the castle and its founding,” said Paula Blosser, exhibits coordinator with the Arts Castle. 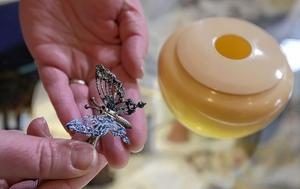 “The human hair part always kind of gets them (interested),” she said.

Hildebrand said a chamber pot — a precursor to the toilet — is “by far is the most-popular” item on display among the students.

A ceremonial sword and old-fashioned underwear on display also have led to questions from quizzical students.

Blosser said although most of the items on display are from the county historical collection, the aid of many groups and individuals has been invaluable.

Hildebrand said the exhibit gave society officials another excuse to catalog and research items in its collection.

She said the previously unknown subject of a portrait on loan to the Arts Castle has been identified as Marie Selika Williams — the first black woman to sing at the White House.

She accepted Delaware native Rutherford B. Hayes’ invitation to perform in 1878.

“This was a great partnership and I’d like to see this happen with other groups,” she said.

The exhibit remains open to the public from 9 a.m. to 5 p.m. Mondays through Fridays at the Arts Castle through the end of the month.