Posted on September 16, 2022 by Delaware Gazette 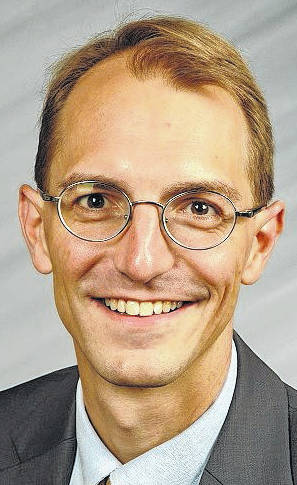 “Say not you know another entirely, till you have divided an inheritance with him.”

“A will can save one’s family from being put into a quagmire pit of legal conundrum.”

Like most states, Ohio allows people who have drafted a will to deposit that will, for safe keeping, with the probate court of the county where they live. The court is required to keep the will until the person requests it, or until the person dies and an estate is opened in their name.

But if neither of those things happens, then the court must keep the will for 100 years, after which time, the probate judge is authorized to “dispose of the will in any manner in which the judge considers feasible.” Up until now, we’ve just held on to wills that are over 100 years old. But the fireproof cabinet in which those wills are kept is bursting at the seams, and it’s time to put the provisions of R.C. 2107.07 to use. (Why 100 years? Because it’s a round number, because people don’t make wills until they’re 18, and because in all of history, there are only four documented cases of people living beyond age 118 — only one of whom was an American.)

The popularity of depositing wills with the court has ebbed and flowed as people have used their own safes, bank safety deposit boxes, their attorney’s files, and now electronic means to protect their wills. But an inventory conducted in the past few weeks shows that we have about two dozen wills older than 100 years — wills that were deposited, but for which an estate was never opened in Delaware County.

At its board meeting in August, the Delaware County Historical Society agreed to accept those wills for historical record-keeping. The court is required to keep an electronic copy and will deliver the originals to the DCHS.

The oldest of those wills was deposited in 1855, the will of one James McKitrick. The next two, written in 1862 and 1863 are both the wills of young men who were leaving Delaware County to fight in the Union Army during the Civil War. The will of L.J. Glover, deposited on Sept. 11, 1862 states that he is “leaving home in the service of the country.”

I’m working to try to determine what happened to Mr. Glover — there is a Lorenzo Glover buried in Licking County, who died in 1902, but there is no middle name on his gravestone. However, his wife was named Drusilla, which does not match the will deposited here. There is also an “L. Glover” buried in a Union cemetery in South Carolina in 1865, with no designation of state of origin, but who was a member of the U.S.C.T., which did have 5,000 members from Ohio.

The will notes that L.J. Glover’s wife was Eliza Glover, and there is an Eliza Glover buried in Delaware County in 1892. She was married to James Simpson and they had six children, beginning in 1867, when she would have been 30. It is, of course, possible that L.J. was killed in South Carolina in 1865, at which point she remarried and started a family.

Whatever the circumstances, no one ever opened an estate in Delaware County for Mr. Glover, or the other two dozen persons for whom we have 100-plus-year-old wills. These documents will now become part of the historical record in Delaware County — preserved for generations to come.

David Hejmanowski is judge of the Probate/Juvenile Division of the Delaware County Court of Common Pleas, where he has served as magistrate, court administrator, and now judge, since 2003. He has written a weekly column on law and history for The Gazette since 2005.