Delaware had The “Big Ear”

The “Big Ear” was a Radio Telescope that listened for radio signals from space.

The Ohio State University Radio Observatory was operated on the grounds of Ohio Wesleyan Univerity’s The Perkins Observatory in Delaware Ohio from 1963 to 1998.  The radio observatory was part of OSU’s Search for Extraterrestrial Intelligence (SETI) project.

Dr. John D. Kraus (1910–2004)
Director of the Ohio State University Radio Observatory (OSURO) based in Columbus.
He designed and directed the construction of the football-field-sized “Big Ear” in Delaware Ohio.

The radio telescope discovered some of the most distant known objects at the edge of the universe and conducted sky surveys mapping over 19,000 radio sources (over half of which had never been previously detected).

The Big Ear gets a Wow!

The Wow! signal was a strong radio signal received on August 15, 1977. The 72-second signal appeared to come from the direction of the constellation Sagittarius and bore the expected hallmarks of extraterrestrial origin.

Astronomer Jerry R. Ehman discovered the anomaly from the recorded data. He was so impressed by the result that he circled the reading and wrote the comment Wow! on its side.

The End of The Big Ear

The last pieces of Ohio’s only radio telescope came crashing down Thursday.

Nicknamed Big Ear, the telescope was the world’s first to search for extraterrestrial radio signals. As big as three football fields, it has been off U.S. 23S near the Methodist Theological School in Ohio since 1963.

The telescope was on property owned by Green Highlands Ltd., and was leased by Ohio State University. That lease expired Dec. 31 and the land was sold to New Green Highlands Development Ltd.

Much to the chagrin of Big Ear enthusiasts, that cleared the way for dismantling the telescope and putting in a 381-lot development and a nine-hole golf course that is an expansion of the Dornoch Golf Club, formerly the Delaware Golf Club.

History in Your Own Backyard 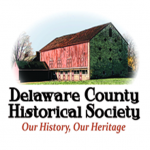