Program highlights early use of steam engines in Sunbury 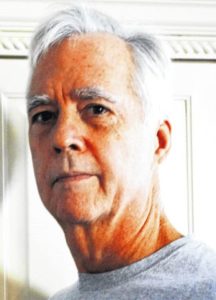 SUNBURY — “Steam Engine Contributions to the Industrial Revolution” is the topic for Jack Brown’s presentation to the Big Walnut Area Historical Society. The YouTube program will be available through the rest of July by clicking on the link posted on the homepage of the BWAHS website at http://BigWalnutHistory.org.

Last fall, Brown introduced locals to the beginning of the industrial revolution. This month he is presenting the second phase. How struggles with flooding coal mines set the stage for three distinct periods of steam engine development and application. The connection between steam power and water power is the underlying theme for this YouTube video. A number of critical Ohio industries will be featured.

Early settlers in the local community had to go to Zanesville to get their grain ground into flour for white bread. Big Belly (now Big Walnut Creek) always had water but not always enough to run the big wheels needed for grinding large quantities of grain. Jacob Burrer owned the quarry along the Big Walnut outside of Sunbury at the end of Cherry Street. Using a manmade race, the mill worked when the water was high enough.

Samuel Shriver Gammill had a sawmill and hoop factory on North Street just west of Vernon. He used the spring-fed ditch running through the north end of Sunbury to Prairie Run to generate his power. He suggested Burrer buy the lots west of him and install a steam engine to operate the buhrs. They could use the scrape wood from Gammil’s factory and water from the “ditch” to generate steam power year-round. Thus the Burrer Mill moved into town. Eventually, this generated the electricity for the village.

Brown has moved from a career in community analysis and statistics to a retirement hobby of furthering education of adults and youngsters. In 2020, he was featured in the Columbus Dispatch Special Edition highlighting “Everyday Heroes of Central Ohio.” Brown has taken his love of science from his workshop to classrooms so students can actually see how things work and even invent things to improve tomorrow’s communities.

Brown brings a unique look at his subject. This program is bound to make viewers think.